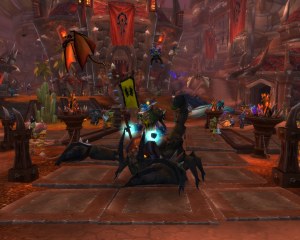 This might be embarrassing, but I finally hit exalted with my guild, Carpe Flux Capacitor, earlier this week. This is amazing news because of two primary reasons – the Kor’kron Annihilator and the Dark Phoenix.

You know, I wasn’t that happy with the Kor’kron Annihilator when it was first announced, but after I first saw it in the game, I changed my tune. I’ve been waiting for this mount, and I’m very happy with it. I think my favorite aspect is the guild banner; I’d love to see more of that kind of thing (oh man, like the banners in Diablo 3). 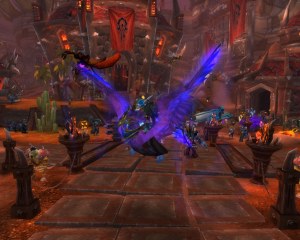 I have to admit, I feel a bit bad about the Dark Phoenix. My guild might have earned it, but I didn’t finish any of the three Tier 11 raids! Thanks, Carpe Flux Capacitor!