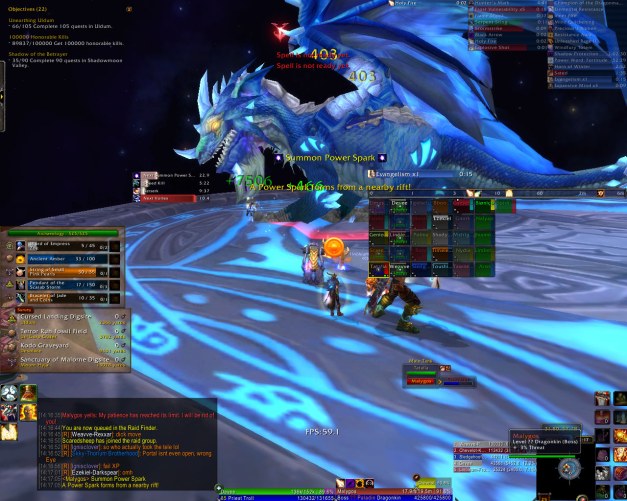 After we finished the third boss of the Siege of Wyrmrest Temple, I alt-tabbed out for a second. When I came back, I started to run to the portal when I received a summon to the Eye of Eternity to kill Hagara. I took the summon, and then I looked at the TV. And when I looked back, there was a dragon. Was there always a dragon as part of the pre-Hagara trash? …named Malygos?

It was actually much more fun than doing any Dragon Soul boss. It had been a while since I had fought Malygos. There were only eight of us in the 25-man, but it was still easy. 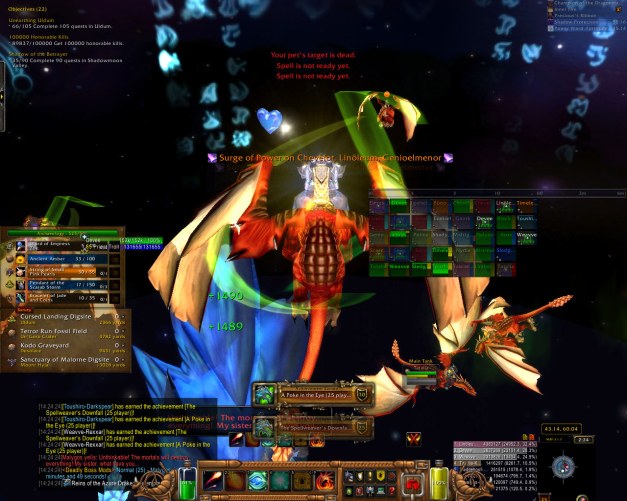 As it turns out, I had never fought Malygos in 25-man! I earned The Spellweaver’s Downfall (25 player) and A Poke in the Eye (25 player). Fun day!