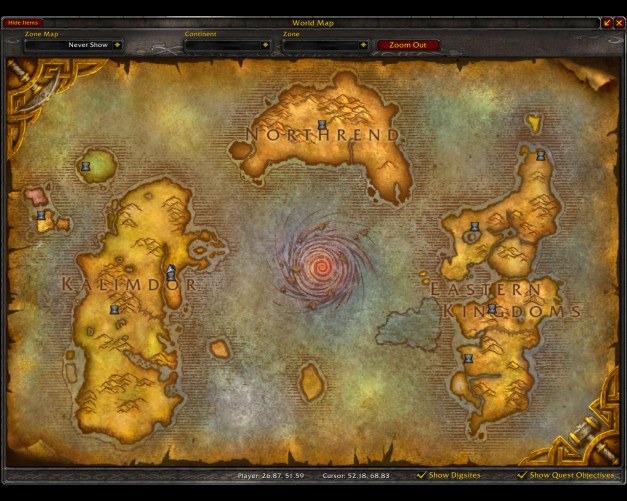 Every week, Blog Azeroth proposes a Shared Topic for World of Warcraft bloggers to discuss. Here’s this week’s topic, proposed by frinka.

Knowing what you know now about the game, what name other than World of Warcraft would you give it? Why?

To think of an alternative name, I started by paraphrasing the name World of Warcraft. What is the world of Warcraft? Azeroth. At first, I was thinking Azeroth would make a good alternative name. Then I started thinking about what role Azeroth plays. The series is about defeating the Burning Legion. It’s the Titans, the Light, the Naaru, Azeroth versus the Burning Legion. It’s about Azeroth being an anomaly among the planets in the Universe. Azeroth is different. Azeroth has withstood multiple invasions. Azeroth has struck back.

The series is about The Rise of Azeroth.