With the presidential election behind us in the United States, I thought it’d be a good time to discuss the future of the Horde. We still don’t know have confirmation of what Garrosh does to make Horde and Alliance decide to unseat him, but we’ve been told that he “has become corrupted and has been doing some really nasty things beneath Orgrimmar.” I suspect this is sha corruption, and my guess is that he’s trying to control and use sha underneath Orgrimmar. At this point though, who knows? What I’m anxious to find out is who his successor will be.

J. Allen Brack, lead producer, claimed that Thrall would be reinstated, although Blizzard later backpedaled. I really loved Thrall, but lately I’ve been disappointed in him. More and more I think that his legacy will be founding the Horde, but that he doesn’t really have the ability to lead. I don’t think Blizzard should go this route. 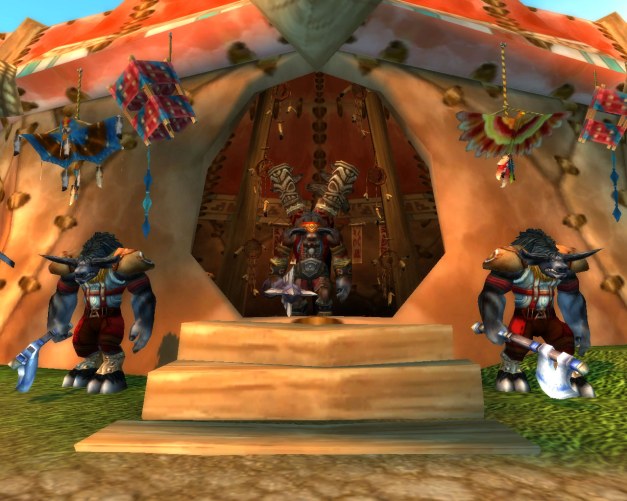 Baine has been thrust into a leadership position after his father fell in battle to Garrosh. It’d be fitting if Baine took Garrosh’s position after taking his own father’s as well. He’s strong and willing to fight, and he loves the Horde. He’s also willing to talk to the Alliance and very much wants peace. My character would love for him to become Warchief, but would the Horde be too friendly with the Alliance?

Vol’jin promised Garrosh he’d be the one to kill him. I’m very confident that that will come true. I see Varian acting honorably and pulling back from landing the killing blow before Vol’jin shoots an arrow through Garrosh’s heart. Vol’jin is aggressive and has been more and more willing to get his hands dirty lately. He’s willing to work with the Alliance, which is great. While I could see Baine wanting to unite with the Alliance practically, I don’t see Vol’jin going that far. Vol’jin would make a good leader, but he’s also one people expect. 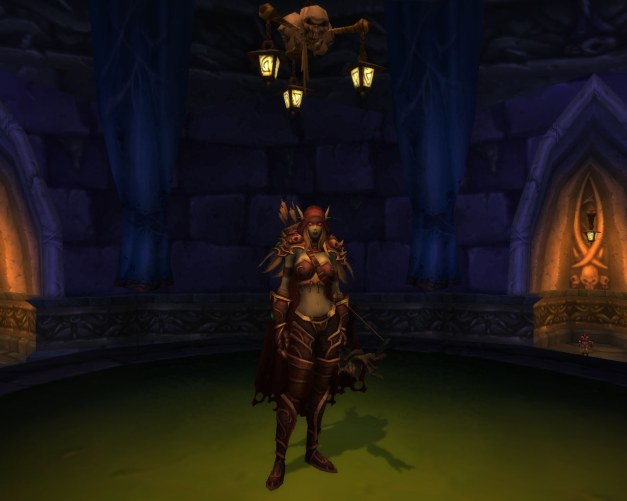 Then there’s Sylvanas. If Blizzard wants to keep tensions high between the Horde and Alliance, Sylvanas should be the next Warchief. Garrosh is bad, and most people dislike him. Sylvanas is bad, and many people like her. She’s a much more interesting character in that she doesn’t have personality shifts (Garrosh demands people act honorably and then uses the mana bomb) and is simply who she is. You may not agree with her actions, but you’re not surprised by them. This would also give the story an interesting twist. Imagine the Alliance’s response when they find that Varian led a fight to unseat Garrosh only to have Sylvanas fill that seat. If they did this, I’d suggest they make the Undercity the capital with portals to the new zones in the next expansion, but leave old portals set up the way they are. This would keep Orgrimmar an important hub for some content but spread most of the population into the Undercity. (However, this wouldn’t be mirrored to the Alliance unless a new reason is introduced to make Ironforge the primary city.) Is this likely? I don’t know. But it would be very interesting!