After obtaining Loremaster, doing all the dungeons, and gearing, Mooglegem and I were finally able to enter Mogu’shan Vaults. It was an enjoyable raid, although I’d probably need to run it a few more times to fully form an opinion.

When Mooglegem died, I took it upon myself to cremate my body. Don’t worry; no trolls were hurt in the recording of this picture. 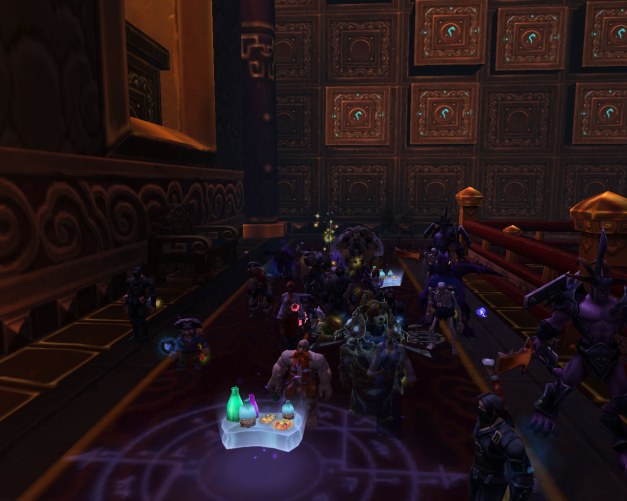 We wiped a couple times on The Spirit Kings due to some bugs. We couldn’t get everyone in the room at the start of the fight. That’s fine except that when you get the boss down to 0% and people are locked out of the room, it counts as a wipe. I took the time to transform the entire raid using Hallow’s End wands. I almost got through all my wands!

When all was said and done, I managed to score two items from LFR. I’d call that a success!