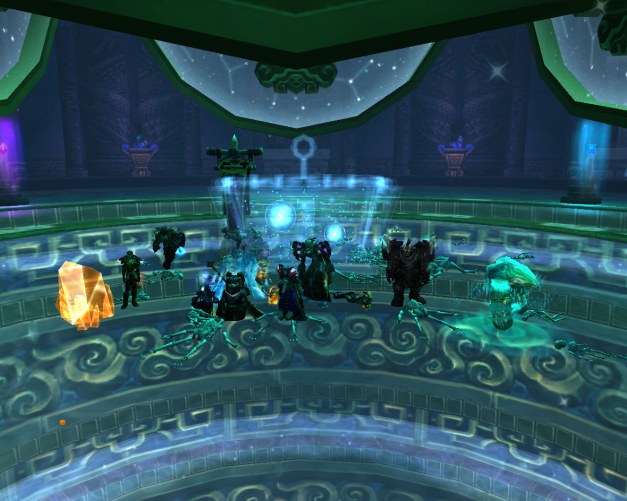 What a fantastic raid week! We had cleared up to Elegon on Tuesday, giving us Wednesday to work on Elegon. We had to work out some changes to our raid team due to scheduling, but we found a solution and proceeded with the celestial dragon slaying. It took us a number of attempts, but this is the kind of raiding that I love. It was challenging, but we got better with each attempt. We learned, changed our strategies, and eventually killed him!

Elegon was probably the most fun boss I’ve done yet this expansion, but maybe I’m just still happy we killed him. It was also one of the first times in a while in which I stopped casting altogether so save mana. Now we just have one more boss to go in Mogu’shan Vaults!