Note that this post may contain some spoilers for Act I.

I died for the first time tonight. Damn you, Butcher. Blizzard brought the Butcher back as a boss in Act I. The fight itself was good I think, but I still don’t think he really needed revisiting. If they had simply named him something different such as The Furnace Master or something, it would have been much better. He could have been a boss created in homage to the Butcher. Yes, they talked about butchers are actually a type of demon, and this is much better than saying the Butcher was revived. Regardless, I’m making it sound like I had a large problem with it. It was fine; I just think it could have been better.

Soon after I died, gem died as well. We went for a second go at it, and this time gem died first. Luckily, I managed to get her back up, and we killed him.

Tyrael is freakin’ great. I won’t say why for now. Seriously, I’ve been a huge Diablo fan, so I’ve liked Tyrael, but now I love him so much more. What a cool cutscene! 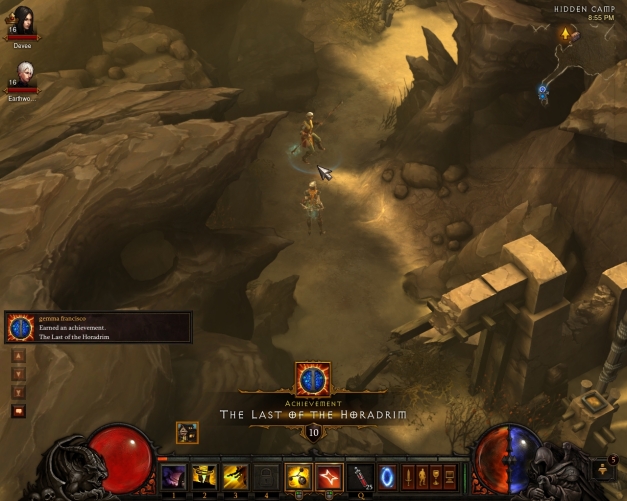 And now it’s time to explore the dessert in Act II.