I stitched together the campaign in the above video. The cutscene at the end is the most interesting part with some dialogue between Sylvanas and Nathanos. It’s easy to look it up on YouTube, but it couldn’t hurt to record myself as well!

Voidgazer earns the Gift of N’Zoth 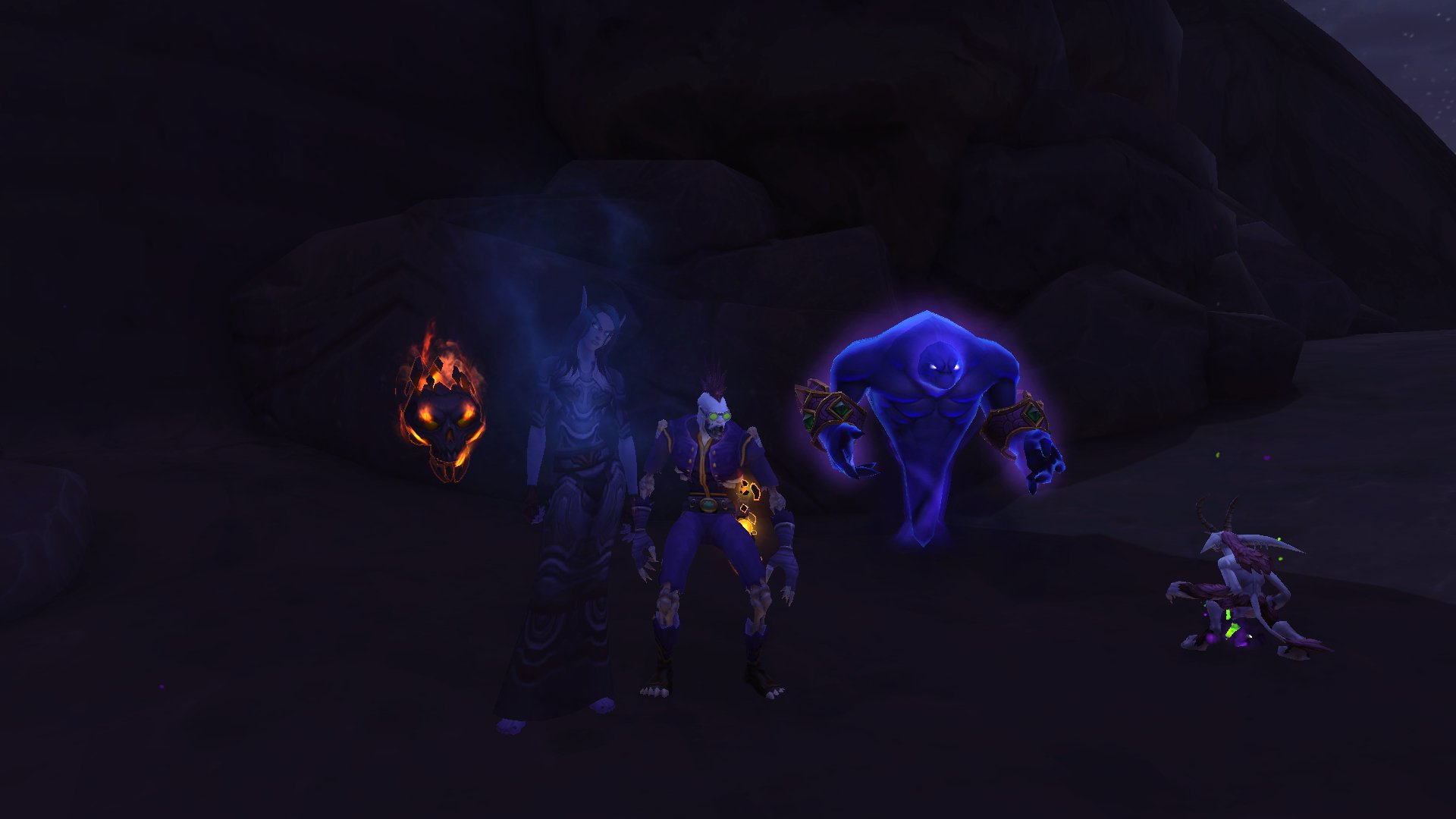 I’ve been leveling Voidgazer, my Forsaken warlock, recently in an effort to earn the Gift of N’zoth. The Gift of N’zoth is a buff that gives you an eyeball on your forehead at the end of a quest series about finding Xal’atath (the shadow priest artifact that was discarded in lore). Having the buff allows you to see other people who also have it; those who don’t have the buff won’t see it on you either. There’s a quest to remove it, but it seems appropriate that Voidgazer keeps it.

Voidgazer thought he’d get to spend more time with this babe he just me, but she took off right away. 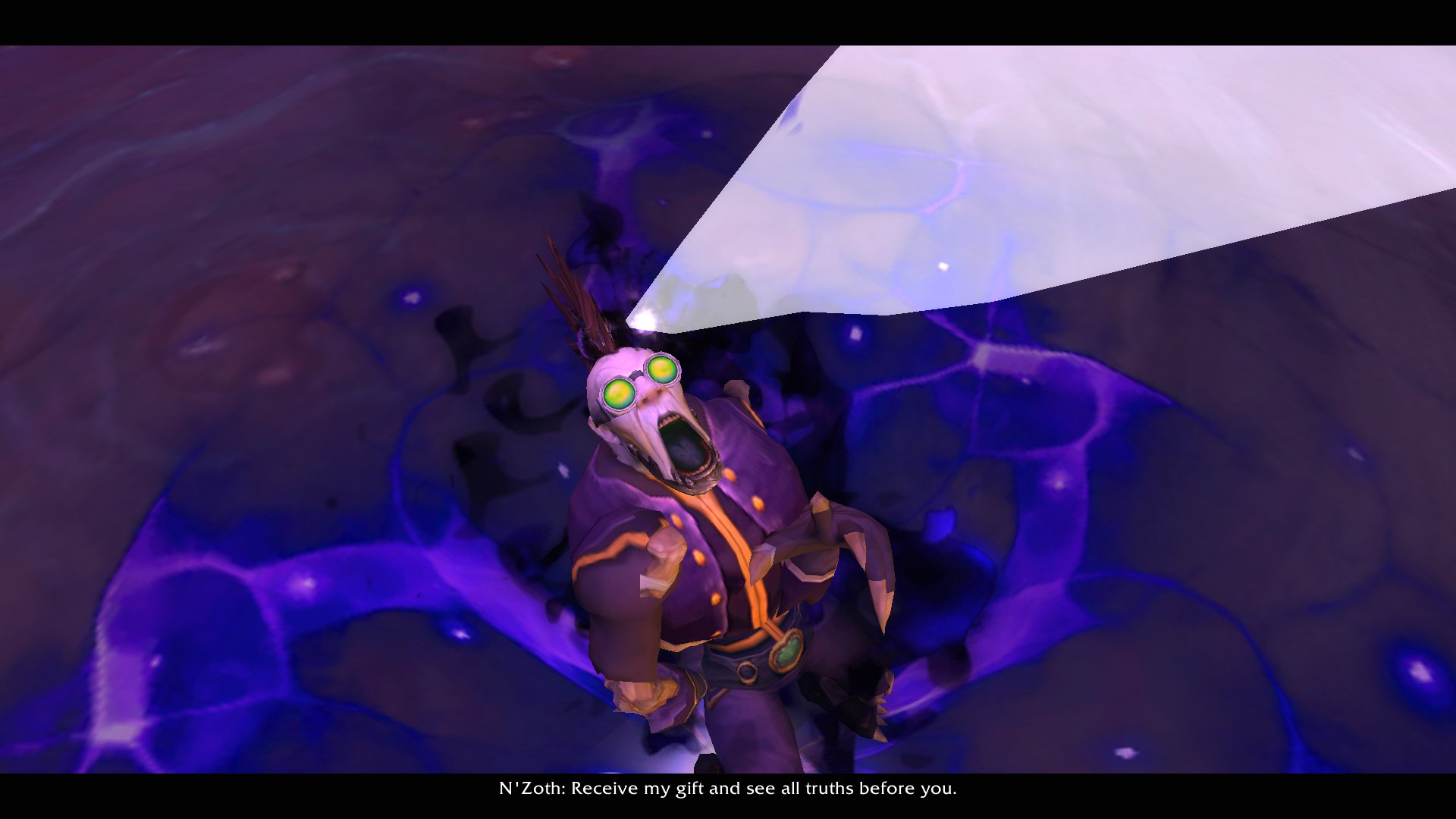 I love his expression as he receives the gift.

Now Voidgazer can truly gaze into the void! Leveling him to 120 also earned me Dynamic Duo, the achievement for reaching maximum level with two different classes. I’m not sure how much I’ll play him, but it’s fun to have a second max level character!