I’ve been hoping to fight Oondasta but have always missed it for some reason. This weekend I noticed he was up. [Thank you, Balkoth, for pointing out that Oondasta is a male!] I played Xbox for an hour or two with the game open, continually checking to see if there was a group forming, but there wasn’t. The next day I finally saw people getting together to fight Oondasta. Seeing her approach the edge of the hill to come to the beach to fight us was a joyous occasion! 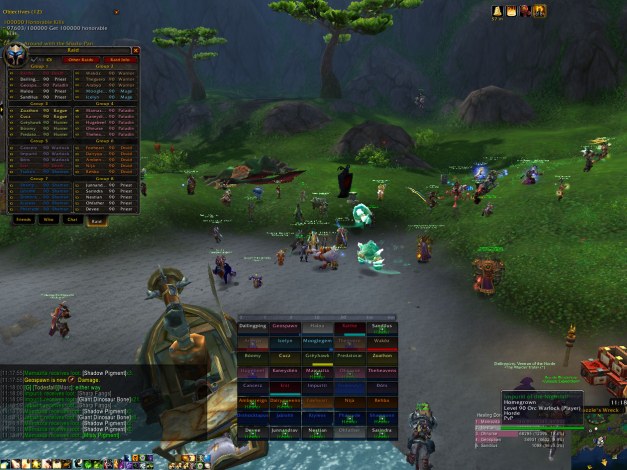 While we were waiting to pull, someone decided to organize the raid by class. Once people noticed it was happening, others tried to rearrange it just to stop the organizer. There was a little raid frame war, which was surprisingly fun actually. 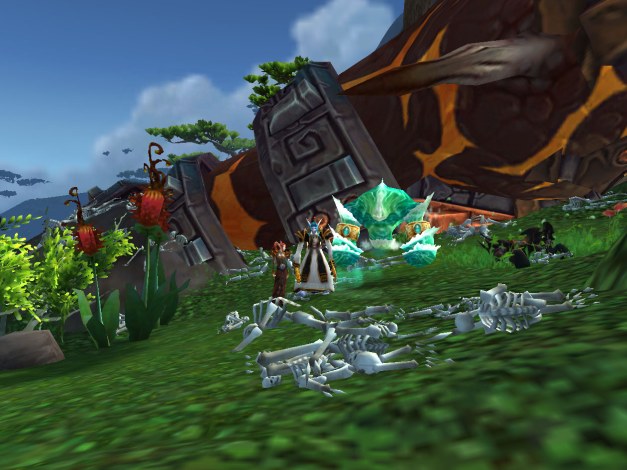 We had a few wipes, but eventually we killed her! Thank you for the Girdle of Dimorphodontics, Oondasta!