(I have to be honest. I’m anxious to talk about TOR actually, but I want to put it off a little longer just so I can finish the first planet before I talk about it. So, WoW:)

Lately I’ve been questing in Netherstorm. I’m trying to use my time more wisely. Yes, there are a few things I still need from the Raid Finder, but those items won’t help me. However, there’s content out there I’ve still never seen. I should see it!

But first, look at this cute picture from Blade’s Edge Mountains:

Okay, anyways, back to Netherstorm.Even though I read all the quest text always, sometimes I feel like it’s hard to remember what a zone’s about. What’s Netherstorm about? The Burning Legion is present there. The Consortium and Protectorate are there learning, profiting, and fighting. (I had to double-check what factions of Ethereals were there despite just playing this weekend.)

There’s the village of Kirin’Var (I had to look that up) consisting of the spirits of former Kirin Tor, killed by Kael’thas and his followers. I finally got that nifty staff that summons an image of Archmage Vargoth. 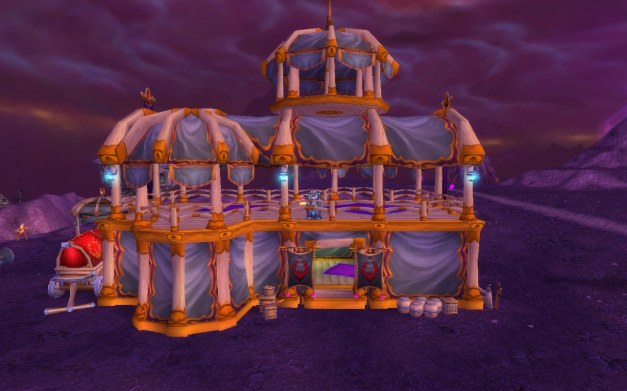 There’s some really beautiful Blood Elf architecture here, too. Who wouldn’t want a huge tent set in a broken world half exposed to the nether?

These guys do, apparently!

Not only did I finish the zone, earning “Into the Nether”… 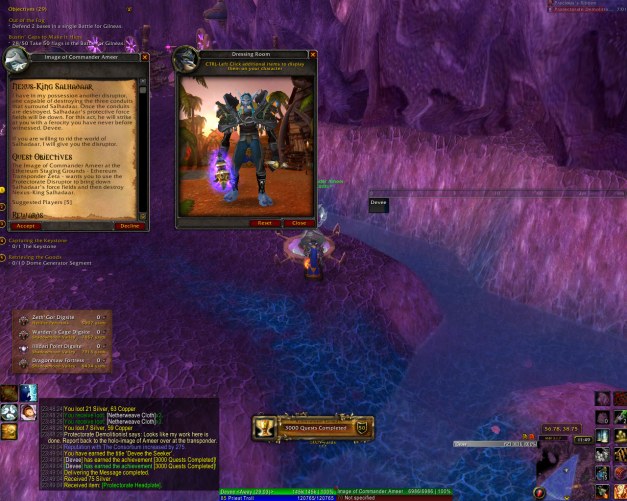