Brewfast has always been one of my two favorite holidays – the other being Hallow’s End. (It’s too bad they’re so close together.) The year before last, I obtained my Brewfest Ram. I still needed by kodo, so I continued to run Direbrew daily. 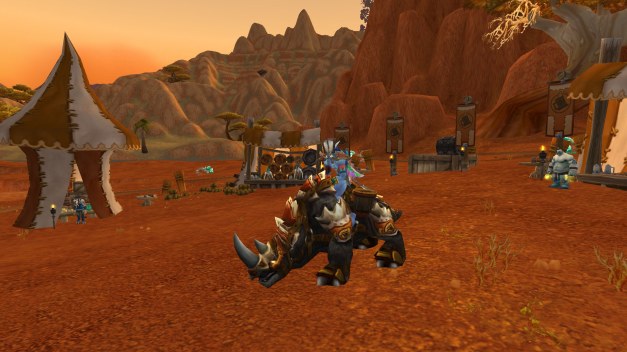 This year, I got my Brewfest Kodo! It shouldn’t be that big of a deal, but I do like it a lot actually. The next day, I realized it was a bittersweet victory. Now what do I do with Brewfest? I have every token reward except for on the drinking hat, and I actually had that previously and destroyed it. I have my Wolpertinger, which I do love. Now I had both mounts. Was this is for the holiday? There wasn’t even a stein this year! I think I’ll do the ram riding, calling through Orgrimmar, Dark Iron fight, and Pink Elekks on Parade quest once each just for the experience. I really wish Blizzard had continued to update the stein yearly though!